OneVoice Israel’s (OVI) successful “Peace Pays Off at the Bar” events continued on January 6, when 150 people from Israel’s vibrant international community packed the Casa Veranda bar in Tel Aviv to learn about what it will take for peace between Israel and Palestine.

Americans, Russians, Norwegians, Brits, Germans and other internationals stood elbow-to-elbow at OVI’s inaugural English bar event organized and led by OVI intern Sharon Siegel. The audience listened intently to event speaker Gershon Baskin as he described his diplomatic experience and relationships with the people of Palestine. He endorsed a negotiated two-state solution as the only way to move forward with a peace agreement.

He went on to indict the current government in Israel for failing to make negotiations with the Palestinians a priority. “Israel is a start-up nation,” he said, “and we're a country that puts out new patents every morning. But on the issue most important to us, what puts lives on the line every day, we have zero initiative, and that's on Netanyahu.”

Baskin inspired hope for peace as well. “The amazing thing about human beings is our capacity to learn from our mistakes. There's no reason to think that in a negotiated agreement they'll go the same way and we'll make the same mistakes.”

After Baskin’s talk, he opened the floor for questions from the crowded room. After answering questions on topics like Hamas, the rise of radical Islam, and the current unrest in the West Bank, an audience member named David finally asked, “I wonder if you have any hope for March? Do you believe there’s a viable candidate to challenge Netanyahu?”

“I believe there is a chance that the next government will be headed by Isaac Herzog,” Baskin responded, “and if we want to have a center-left government, we need to convince people that there is hope. When people don't have hope, they vote for people like Netanyahu.”

At the end of this very successful event, OneVoice gained many new supporters from all across the international community. Alisa, a production manager from Russia, said, “it was an amazing event and I'm grateful I came here because I heard a different perspective than I've heard over the last few months. I've heard over and over that there is no partner for peace. This is the first time I've heard from someone I respect that peace is possible. This makes me want to move forward more and spread this farther.” 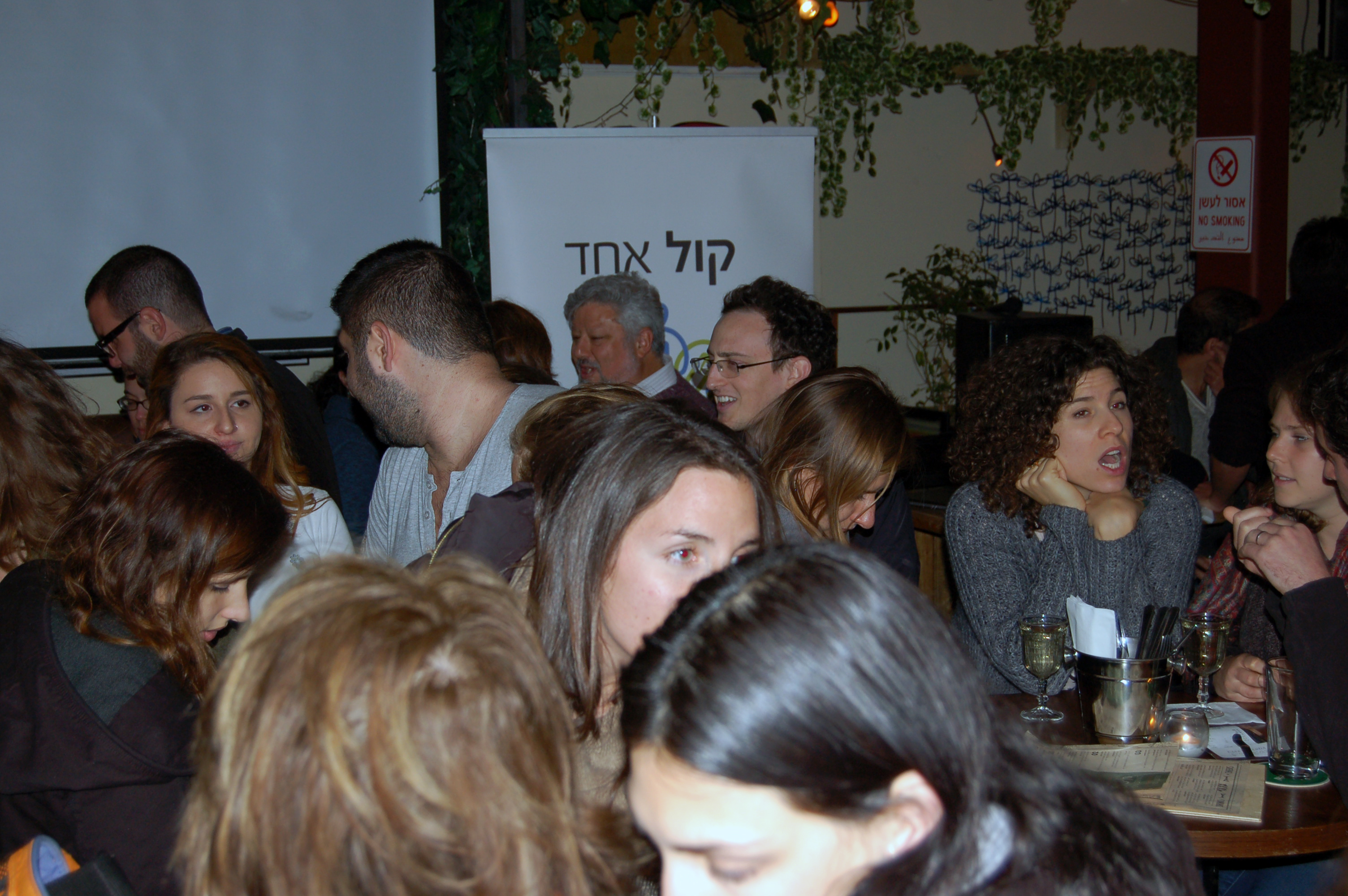 Gershon Baskin mingles with event particpants during OVI's "Peace Pays Off at the Bar" event. 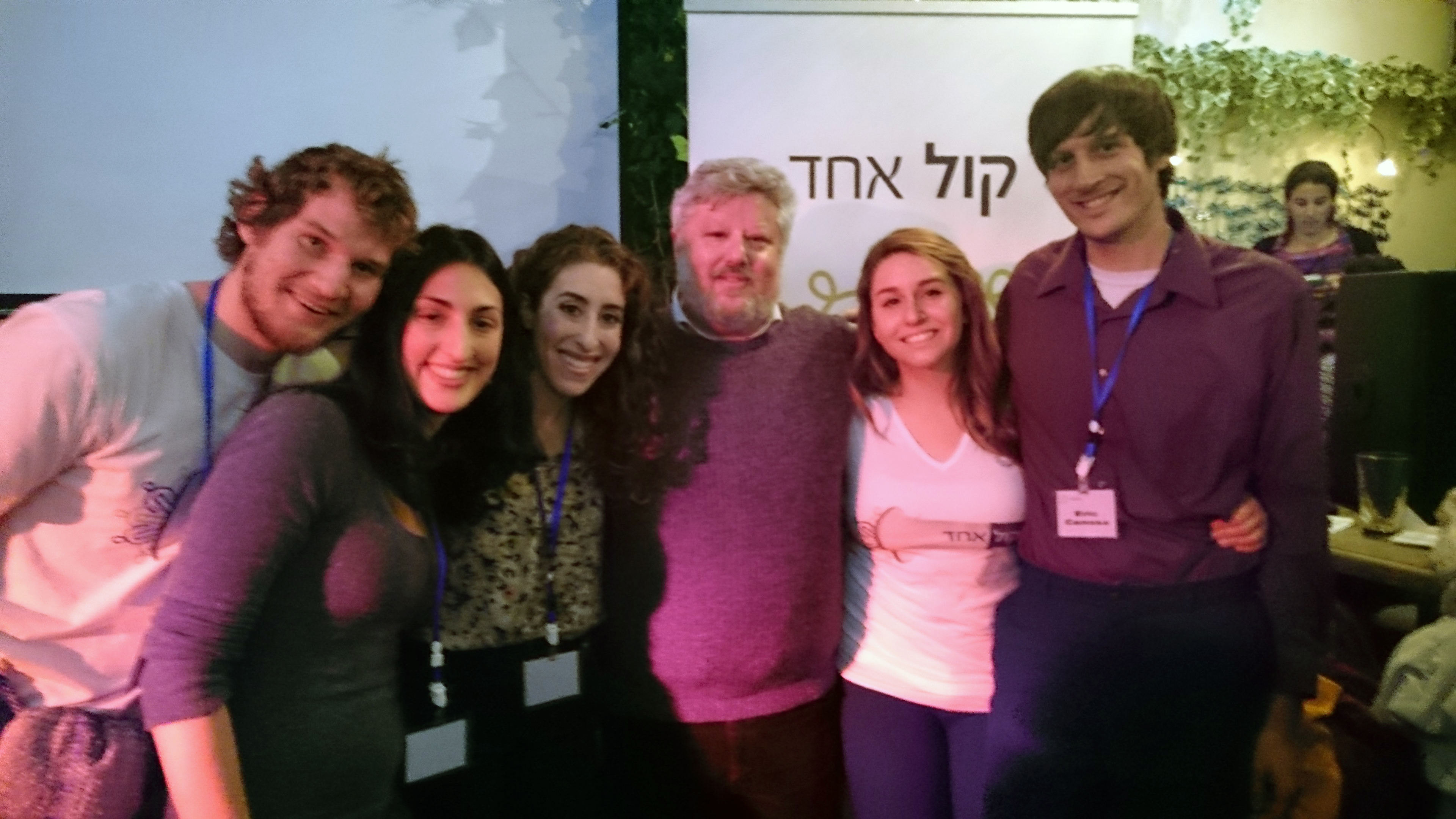